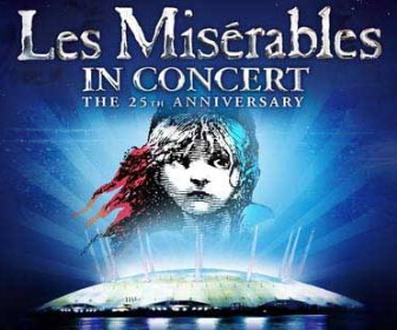 ​Based on the Victor Hugo’s novel of the same name, the musical follows convict Jean Valjean as he endures hardship and finds love against a backdrop of tumultuous mid-nineteenth century France.
This page contains affiliate links and as an associate I may earn income from qualifying purchases made through these links.
Stage Production Notes  ​
With an epic and luscious score by Claude-Michel Schönberg, Alain Boublil, Les Misérables began life as a French concept album.

Following a brief run at the Palais des Sports in Paris in 1980, Les Misérables was picked up by producer Cameron Mackintosh and translated into English. Trevor Nunn was bought on to direct, and the musical was workshopped and developed at the Royal Shakespeare Company.

Although the musical received negative reviews, audiences loved it, and the production transferred to the West End at the Palace Theatre in December, 1985.

Les Misérables was nominated for 4 Olivier Awards, including Best Musical. Patti LuPone was awarded Best Actress in a Musical for her portrayal of Fantine.

After a try-out in Washington D.C. at the Kennedy Center, Les Misérables opened on Broadway on March 12, 1987. The production was nominated for 12 Tony Awards, winning 8, including Best Musical, Best Original Score, Best Original Book, and Best Direction (Trevor Nunn).

Les Misérables, affectionately referred to as Les Mis (Les Miz for the American fans), quickly gained musical theatre cult status. It has been translated into over 20 languages, performed in 42 countries around the world, and is the longest running musical on the West End. Although now closed in New York, Les Misérables is the fifth longest running musical on Broadway.

To celebrate the show’s 10th anniversary, a special gala concert was held at Royal Albert Hall in London. The concert was described by Cameron Mackintosh as a “dramatic cantata rather than a fully staged production.” See Filmed Production Notes below for more info.

In 2004, the West End production transferred to the Queen’s Theatre.

A film version of the musical starring Hugh Jackman and Russell Crowe was released in December 2012.

The original West End production ran for 34 years, making it the longest running West End musical. It closed in July 2019 to allow for renovations at the Queen's Theatre.

During the Queen’s Theatre renovations, the much celebrated concert version was reprised next door at the Gielgud Theatre for a limited 16 week performance run. ​

The West End production reopened at the newly refurbished Sondheim Theatre on December 18, 2019. ​
Filmed Production Notes
The 25th anniversary concert at the O2 featured a cast of over 500 people, comprised of cast members from three different companies, student groups, and a mass choir. Over two performances on October 3, 2010, the concert was attended by over 32,000 people.

The evening performance was live streamed via satellite to over 200 cinemas in the UK and Europe. The live capture was re-broadcast the next day to allow for differences in time zones. The screening was viewed in Japan, Australia, and later in North America. Cinema audiences reportedly clapped and cheered, and gave standing ovations.

The DVD was released in February 2011. American television viewers were also able to watch the concert on PBS in March 2011.

Reviewer Don Groves, writing for the Australian SBS network, noted the live capture experienced some technical glitches, with “the sound dropping out at one point, several jerky camera shots, and the camera sometimes picking up a performer a beat or two after he or she started singing.”

As with the original production, fans raved about the live capture. One blogger described it as “one of the most exciting stage (or in this case, cinema) events of the year,” and several commented the capture felt like attending the actual event.