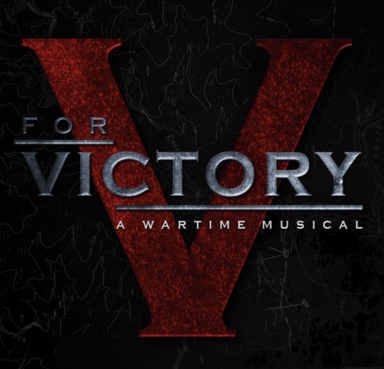 V for Victory is a British musical exploring the lives of a group of friends in the resistance against the German occupation of Jersey during World War II. ​
Stage Production Notes  ​
Writer Dries Janssens developed the idea for the musical after discovering stories about Jersey during the war, and realizing how little is taught about this chapter of British history. The resulting plot and characters are an amalgam of true stories and events.

In January 2018, Now You Know Productions launched a Kickstarter to fund a production of V for Victory. The campaign successfully raised just over £1000.

The first performance of V for Victory was scheduled to be a concert, however as rehearsals progressed, the company was offered lighting and set pieces to stage a full production. The resulting performance was put together in just 6 days.

V for Victory premiered with an abridged staged concert at the Stockwell Playhouse from March 26, 2018 and ran for two nights.

V for Victory continues to be developed, and it is hoped a full production will be mounted by the end of 2021. ​
Filmed Production Notes
Now You Know Productions filmed the Stockwell Playhouse concert for use in re-writes, and to pitch to future investors and producers.