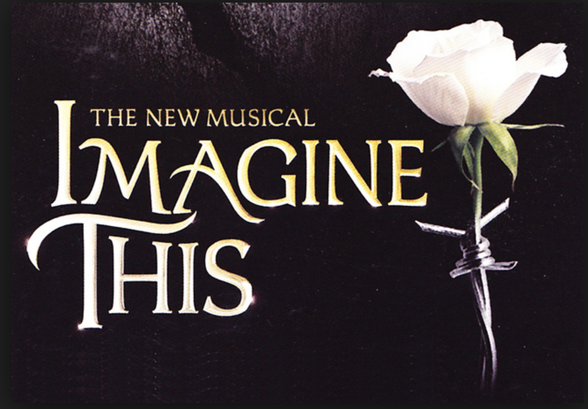 ​Imagine This is a musical set in the Warsaw Jewish ghetto during the Holocaust. With departure to a camp imminent, a local theatre troupe are encouraged by their director Daniel to stage a musical about Masada (where a group of 960 Jewish refugees in the year 70 attempted to evade Roman soldiers before committing mass suicide).
This page contains affiliate links and as an associate I may earn income from qualifying purchases.
Stage Production Notes  ​
Composer Shuki Levy was moved by the parallels between the events of Masada and of the Holocaust, and compelled to write the musical. The characters in the musical were fictitious but the story was based on real-life events.

​Levy was the co-creator of the Mighty Morphin Power Rangers television show and wrote music and theme songs, including Inspector Gadget and Mr T, for children’s television during the 1980s and 1990s.

Imagine This had its initial try-out at the Plymouth Theatre Royal in July 2007.

After opening on the West End in November 2008, Imagine This was lambasted by critics. Writing for The Guardian, Matt Wolf described the show as "conceptually cheesy" and in his review for Variety, David Benedict called the writing "schematic and predictable."
​
Imagine This closed after a month, with the producers citing negative press as a reason for poor ticket sales. The recession may have also played a part in the short run.

Imagine This was produced in Germany by the Free Musical Ensemble Münster in 2016. ​
Filmed Production Notes
The final performances of the West End production were filmed live.

Imagine This aired on PBS in North America in the early part of 2010. A post-show panel discussion with director Timothy Sheader, Holocaust scholar Thane Rosenbaum, and cast members Peter Polycarpou, Sarah Ingram, and Roy Litvin, was filmed live at the Museum of Jewish Heritage in New York City followed the musical.

The DVD was released in the UK and US in May 2010. The extras include 2 cut songs, and the panel discussion. The DVD has received generally positive reviews on Amazon.

Imagine This is available to purchase on DVD in the United States via Amazon.
Imagine This ​PRODUCTION CREDITS
Opening Date: Nov 19, 2008
Closing Date: Dec 20, 2008
Air date: March 2010
Medium: TV and DVD
Where to watch: DVD